This site is about Stavros Stavrides' work on commons, commoning and an emancipating spatiality of commoning as taken from Varvarousis on Commoning.

If commons are to contribute to human emancipation, they must tend towards an openness of sharing:

not limited to those who understand it, create it or ‘finance‘ it and festive and joyous events which do not separate consumers from artists. (p.3)

threshold analysis of common space ―> expansion obtains a central role: Stavrides talks about two distinct and opposing forms of commoning; the enclosed and the expanding (2016) -> relates them to different kinds of social relations.

"Enclosed commoning" (re)produces dominant capitalistic relations and constitutes ―the death of space-commoning (and commoning through space, 2016: 2016: 4).

"Expanding commoning" disrupts the normalized socio-spatial order and transforms the dominant forms of life towards an emancipatory direction in, against and beyond capitalism

-> explicit effort to connect commoning practices with processes of opening (2016: 3) -> develops a theoretical framework regarding the ―institutions of expanding commoning.

The concept of "expanding commoning" as developed by Stavrides should have four specific properties: comparability between different subjectivities and practices (as a motor and seen as liberating process), translatability (that creates the ground for negotiations between differences without reducing them to common denominators, p. 42), power sharing (specific mechanisms for the prevention of the accumulation of power) and gift offering (the social relation that transgresses ―self- or group centered calculations, p.16). -> He emphasizes that commoners should realize that ―they often need to offer more than they expect to receiv (p. 16).

- a community of commoners develops in its members a feeling of the sharing of qualities which are common to all. (p.27) 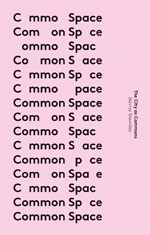 - if the commons are constituted on the basis of a necessary closure (as a condition for building community and identity), they will operate as exceptions

- under specific conditions such exceptions can actually fuel the systems of domination and normalization -> some institutions of commoning may very well look like the dominant institutions in the ways they regulate people‘s rights and actions (p. 41)

-> criticizes both the logic of clear boundaries as defined by Ostrom and the logic of anti-capitalist commons as conceived by sectors of the autonomous Marxists. (p.33)

-> explores the possibility of permanent openness for commoning practices: offers a spatial counterimage (a potential ―City of Threshold, based on the negotiation between different but open identities in the process of collectively inventing the future (Stavrides 2013) and illustrates his arguments with Zapatistas (p.33), Councils of Good Government

- limited analytical value in explaining real-world commoning processes, because only "one of the two opposing and contradictory tendencies that any human being, group or society possesses; the tendency to open towards the unknown and the ―othe and the tendency to create their own cosmos and protect it from what is regarded as external to it" is brought into focus

- not enough analysis about how actual commons try to regulate the relations between the inside and the outside. (p.34)

-> inherently contradicts the majority of studies of the commons, f.e: according to Ostrom individuals have an inherent tendency to enclose their common world and invigilate it from others -> claims this to be an "universal phenomenon" (Ostrom 2009).

-> the argument, that permanent openness and endless transformation is or can become the essence of human beings (p.35) is problematic