This is a summary of the arguments brought to our attention by Uskali Mäki et al (see reference below) about the relevance of getting the ontology right as we think about economy. 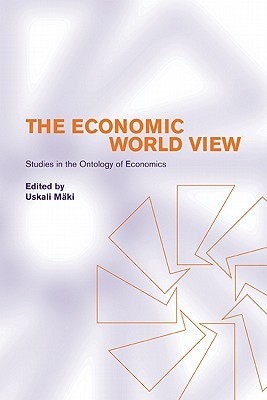 As the editor of "The Economc World View" (html

) states: "The beliefs of economists are not solely determined by empirical evidence in direct relation to the theories and models they hold. Economists hold 'ontological presuppositions', fundamental ideas about the nature of being which direct their thinking about economic behaviour."

It is "not about metaphysics in the logical positivists' sense of unverifiable nonsense nor in Karl Popper's sense of unfalsifiable non-science. In economic ontology, the relevant questions are neither, 'Is it meaningful?' nor, 'Is it scientific?' Using the verifiability and falsifiability criteria, most if not all of science would turn out to be meaningless and non-scientific. The relevant questions in economic ontology are, 'What are the underlying presuppositions?' and, 'How do the pressupositions constrain and determine belief? " as well as " How does and can one justify or critizice the presuppositions"? (Maki 2001: 8)

Maki raises the question, what the supposed "autonomy of an economic realm" amounts to. After all, "the contents and confines of the economic realm are 'essentially contestable' as a popular phrase has it."

The possibility of constitutional choice implies that ontological constitutions are not fixed, that in principle they can be changed at will. Constitutional change may also - and often does - occur without much reflection; as Wittgenstein puts it, the riverbed within which our thought flows can itself change in response to the flow of thought (Wittgenstein 1969, §97)

# An Example Neoclassical Economy has it that the principle of spontaneous coordination of the market is "THE principle of our discipline" (Buchanan 1991, pp. 14, 22) If one starts from a different "starting gate" one is not accepted as a dialogue partner in the "scientific dialogue".