New Work is a concept developed by austro-american philosopher Fritjof Bergmann, meant to overcome the wage labor system, to deal with the disruptive changes in economy (f.i. automatization) and to dignify life, to make us feel "more alive" (cf. enlivenment). New Work is also a movement. 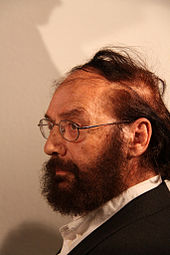 Bergmann denies a revolutionary process to overcome the wage labor system. Change can only happen slowly and can only be achieved through people that closely analyze and pursue their real, real desires. By doing so, they become more and more independent from the wage labour system.

- work as such is endless and way more than what can be provided by the wage labor system, (cf. Care)("Job-work is a mild desease - I can stand it until Friday"). - Every human being can find work, do things that are aligned with the own values, desires, dreams, hope and skills. - most people don't know, what they really, really want "Selbstunkenntnis"

Most people don't know what they really really want. We call it "Armut der Begierde" (poverty of desire).

- people need help to find out what they really, really want -> This is why Centers for New Work (http://www.neuearbeit-neuekultur.de/ html] were created

The psychologist Markus Väth developed Bergmann's theory further: based on his paper 'New Work, New Culture', illustrating four pillars on which an implementation of New Work could be based on:

- a conscious way of life ("Life Blending") in combination with a re-evaluation of the importance of work for one's life - a systematic model of competencies that are relevant for work in a highly complex, dynamic world - a change model for organizations that enable a paradigm shift in culture and organizations - an intensive debate about the role of work in society and a corresponding mandate from the political world ("New Work Deal")