596 Acres is an organization that uses public records to identify vacant or abandoned city-owned land, and then wages activist campaigns to create new green spaces for public use being it urban gardens, parks, playgrounds or community spaces. 596 Acres advocates for "living lots" and

the right to change ourselves by changing the city.

596acres is a nonprofit in Brooklyn, New York, but its work deals with all of New York City. Americas, USA

# When did it start? 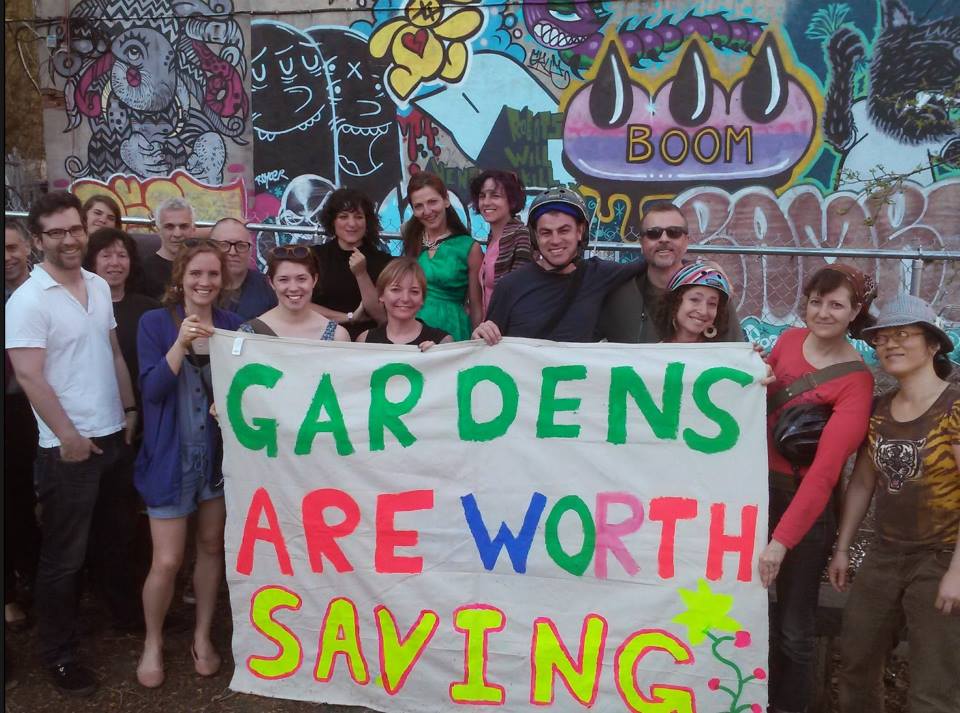 596 Acres was founded in 2011 by Paula Z. Segal, an attorney at the Urban Justice Center in New York City (html

). Its original mission was to identify city-owned land that was vacant or abandoned. It discovered that there were approximately 660 acres of vacant public land in New York City, distributed across 1,800 sites.

But putting this land to better, public uses required commoners to organize and pressure elected officials and city bureaucrats to transfer ownership and allow the creation of new green spaces.

596 Acres has expanded its work since 2011 by creating a number of tools to help NYC residents reclaim access and use of public properties. Living Lots NYC (html

) is a clearinghouse of information that helps New Yorkers identify vacant lots and public resources.

The site features a searchable database and map of 899 “acres of opportunity” on 1,337 sites, and 1,186 acres of community projects on 584 sites. The map also includes colored dots showing where people have access and where people are organizing to liberate land. A primary goal of the site is to

broadcast what is know-able [about vacant city land parcels] and to help people find one another on a property-by-property basis.

Wherever possible, 596 Acres seeks to permanently transfer public land to the NYC Parks Department, or private land to a community land trust. But sometimes it needs to create a temporary space for a few years until other planned development moves forward.

In each instance, residents must navigate a bureaucratic maze: applying for approval from their Community Board, winning endorsement from local elected officials, and negotiating with whichever agency holds title to the land. Along the way, 596 Acres provides legal advice, technical assistance, and a network for sharing best practices from successful campaigns.

# How Are They Financed? # Which Dimensions of Commoning are enacted?

The organization clearly has a commitment to develop shared purpose and values, but not necessarily in a socially close, ongoing way. It is more of a shared civic commitment. Transparency of knowledge is important, but more to advance the group's advocacy for new public policies and rulings than to build a working commons.

596 Acres mission requires drawing upon situated knowing of neighborhood residents and the need to be creatively adaptive in dealing with city officials and bureaucracies.

Since this work is focused on extracting policy changes from government, 596 Acres does not seem to be a care-honoring endeavor in a direct sense. However, it is committed to strengthening the nested-I in the sense of organizing citizens to petition the city government for change.

A primary mission of 596 Acres is to relationalize property by making it visible as public property that urban residents have a moral if not legal entitlement to use. This also requires participants to share knowledge often and widely because the online maps are a key mobilizing tool.

96 Acres functions as a nonprofit organization with active outreach to citizens and activists. In this sense it seeks to develop shared purpose and values, and work with the consent of commoners. But in its governance, 596 Acres looks to its staff and board; it is not formally directed by citizens/commoners.

# How does Provisioning through commons occur?

596 Acres is not provisioning a good or service in a conventional sense; its policy advocacy, however, can deliver significant benefits to New Yorkers in the form of pubicly usable real estate and green space. As the last speaker in the video above puts it:

The commons is for the people.

By providing clearinghouse services and databases as tools for campaigns, 596 Acres works to rely on distributed structures, direct capital to commons provisioning (re-allocating real estate for use by the general public), and establish discrimination-free infrastructures.

# Use Convivial Tools The use of online databases and maps can be considered constituting tools by which a new set of loosely affiliated commoners is established. The citizens associated with 596 Acres is certainly dedicated to original knowledge creation that neither the city, business or academia is providing.

596 Acres seeks to develop a more active, robust sense of citizenship, share knowledge and brings together disparate residents of NYC. But the focus is mostly on specific governmental decisions or policy outcomes -- securing land for public purposes -- not on building a commons-based structure or advancing commoning.